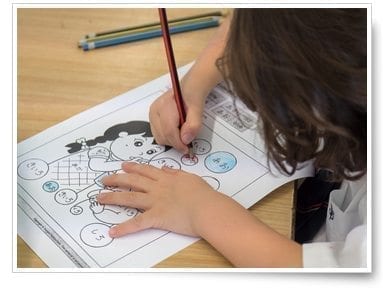 Benefits of learning a foreign language from early childhood

When children are young, they are learning sponges. Exposing a child to a foreign language at an early age will result in better fluency than if they were to learn later in life. Children’s brains are developmentally ready to accept and learn a foreign language, and fluency comes fairly easily and without an accent. As they grow, children will lose the ability to hear and reproduce new sounds as they did when they were younger, making foreign language acquisition not impossible, but more difficult.

If you feel you want to raise your child as a bilingual, it is very important to keep touching the two languages continuously in bilingual environments.

At SJIS, we offer a Japanese language lesson everyday and children are immersed in both the Japanese and Australian cultures in every aspect of the school.

In Kindergarten, children learn the Japanese language through games, songs and folk tales. They also learn about traditional cultural events such as Setsubun and Hinamatsuri, by learning about the four seasons. Each year, Kindergarten students showcase their newly acquired language skills at the Japanese Language Festival held at the SJIS Assembly Hall.

From Year 1, students are placed into different levels according to their language ability. These are grouped: Nihongo 1, Nihongo 2 and Nihongo 3

Nihongo 1 is designed for students who are new to the Japanese language or for those that have limited opportunity to use Japanese as a ‘living language’. In these classes, the instructions are sometimes delivered in English, so students can grasp the tasks assigned.
Nihongo 2 is designed for those students who have an intermediate level of Japanese language ability. They may be children from bilingual households where Japanese is spoken on occasion.
Nihongo 3 is for those students who use Japanese as a ‘living’ language, and whose primary language spoken in the household is Japanese. The school also provides appropriate extension and enrichment programs for children with advanced language ability, to accelerate their learning.

SJIS recommends reading according to your child’s educational content, differentiated by grade and level. Our library has a large selection of Japanese texts. 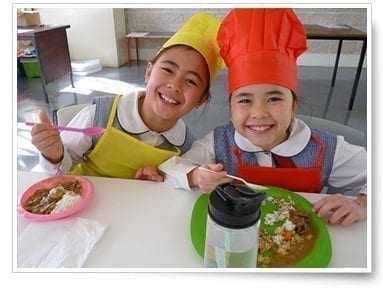 The Japanese Language Department organises various events throughout the year consisting of: